Standard Work is a Verb: A Playbook for LEAN Manufacturing     by John Allwood with Bob Pentland

Bob was blessed with learning Lean from, and implementing Lean with, disciples of Taichi Ohno.  In the late 70’s/early 80’s, Bob was immersed in a rich environment at Jacobs Vehicle Equipment Company (Jake Brake).  With the focused leadership of George Koenigsaecker we became the first U.S. client of Shingujitsu.  Prior to creating the consulting firm, they all worked for Ohno helping him to create and implement the Toyota Production System.

At Jake Brake, under the intense and comprehensive guidance of Shingujitsu (specifically Nakao and Iwata), I was quick to learn that “flow and linkage” generated immediate benefits (inventory reduction, improved quality, flow time, and others).  Bob refers to Flow and Linkage as “one time benies”.  These MUST be supported by SW (the Standard Work Combination Sheet, the Standard Work Sheet, and the Percent Load Chart).  While “flow and linkage” provides “one time benies”, SW, specifically the Standard Work Combination Sheet, is “the gift that keeps on giving”.  This manifests itself in the equation CT=TT (the time required for an operator to complete his/her tasks = the beat the rhythm of the customer).  This is THE systemic equation for Continuous Improvement.  And, you never get there.  You never get the CT to equal the TT.  It is a journey.  Toyota, after all this time, has not attained CT=TT.  And Toyota, being in the business of Continuous Improvement (not automobiles), is quite “happy” not attaining CT=TT.

After Jake Brake, and a short stop at Otis Elevator in Bloomington, IN, Bob went into consulting with a former Danaher colleague, Bill Moffitt, of Moffitt Associates.  He was a sole proprietor.  The experience at the various Danaher line of businesses gave Bob the confidence to make this move.  The tools just work!​ 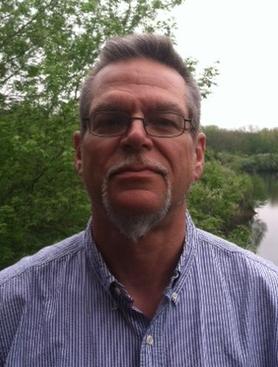 John Allwood was introduced to the Toyota production system while working at Tuthill Pump, Alsip Illinois in the 1990’s. That is where he met Bob Pentland, who is featured in Chapter 8 of Womak’s “LEAN Thinking” book. In 1998 Bob was brought in as the company’s LEAN consultant, and shortly thereafter, Tuthill Corporation began a ten year transformation to The Tuthill Business System; this under the watchful eye of Mr. Pentland.

John was appointed Tuthill Pump’s Change Agent early in the journey, and served as such for the next eight years. He then transitioned into serving as Product Line Manager over and entire value stream including 5 machining cells and an assembly cell. After that, John took his LEAN show on the road, serving in engineering and management positions and found that LEAN was not very well understood from the Standard Work perspective, apart from the company where he had spent the previous decade. John also encountered and received training in several “LEAN interpretations”, all of which conspicuously lacked in the focus on Standard Work. John has had to come up with creative ways in which to practice LEAN and promote Standard Work upstream as the opportunity has presented itself.Over the years, John has also developed a strong sense of what it takes for an organization to make the transition to an enterprise that is BEing LEAN instead of just DOing LEAN things. The failure modes that have gotten in the way of change have provided as many valuable lessons as the successful endeavors have. The one thing that John has learned over the years is that DO-ing leads to BE-ing and that activity is the best medicine for dealing with the fear of change. This has led him to write the book, “Standard Work is a Verb: A Playbook for LEAN Manufacturing”.

Contact me with any questions you might have. I would be happy to speak with you and your organization, to help with tools, or just to listen to your opinion.

The Truth about Standard Work is Out There!